In the same breath as telling Afghans looking to escape what many feel to be an open-air prison, U.S. officials warn its citizens to leave Afghanistan.

European Union leaders recently announced that Afghan refugees making the arduous journey through Iran, Turkey and over the Aegean Sea into Greece will no longer be accepted for asylum, claiming that Afghanistan is safe place to return to and that those seeking a new life in the West were in fact not “refugees” at all, but “economic migrants.”

That’s a downgrade in status that enables the EU and other Western states to circumvent international law to reject the appeals of Afghan asylum-seekers. This downgrade has been embraced by Germany’s “pro-refugee” chancellor, Angela Merkel, and Afghan President Ashraf Ghani, but Mohsin Khan Momand, a 29-year-old activist and journalist based in Kabul, believes politicians aren’t letting facts dictate their policy.

“It’s all rhetoric,” said Momand.”It’s an obvious policy move that was established long ago and that is now being enforced without any on-the-ground assessment.”

The EU Argument and ‘Voluntary Returns’

The claim Afghanistan is now safe is based on the supposed security and stability of the country’s five major cities and economic hubs: Mazar-e-Sharif, Kandahar, Herat, Jalalabad, and the capital Kabul.

This argument falls flat on the ears of Afghan refugees, however, most of whom come from rural parts of the country, as well as those working closely with them in Turkey and Greece.

“People don’t go through these dangerous routes only to return ‘voluntarily,'” said Irem Somer, an NGO worker based in the Turkish coastal city of Izmir. Afghan refugees are warning each other against talking about economic hardships, she said, or mentioning that they crossed through any major Afghan city on their way out of the country for fear officials will use that to deport them back back.

OPINION: Afghanistan: The Forever-War We Never Talk About

“Afghanistan, Syria, Iraq and other places where people are desperate, have no protection from the state — they leave to find security,” said Somer. “But Afghans, for instance, cannot find that security in Iran, Pakistan or Turkey, so they go to Europe. But the system is failing them. The acceptance rate of asylum claims is very low, most are rejected and these people are deported back to Afghanistan,” a country some don’t even know “since they were born, as refugees, in Iran or Pakistan.”

The situation for those who meet requirements to have their claims heard isn’t any easier, according to Somer. “If their story is actually heard, authorities can just say they’re not in any danger. And if they speak of economic hardships — they’re automatically called ‘economic migrants’ and denied.”

Across the Aegean Sea in Athens, Greece, protests have been growing daily as a result of the horrible conditions refugees are having to endure.

Nasim Lomani, an active and popular refugee rights organizer based in Athens — a former Afghan refugee himself — explains that “most Afghans are still hopeful the borders will be open to them. They’re afraid to leave places like the Port of Piraeus (the site of many refugee camps) because they think they’ll be deported back to Turkey after facing death in the Aegean.”

Lomani said Afghans categorically reject the “economic migrant” label. “Two women told me if they’re deported, they’ll commit suicide,” he said. “They’re not accepting this discrimination and category of ‘economic migrant’ because they are refugees of a war-torn country. And now these people are in protest, daily. Today in Athens protest banners of refugees state, ‘No water, no food, just open the borders!’ and this has the EU worried.”

The claims being made by EU leaders that Afghanistan is safe, echoed by Afghanistan’s president, are laughable, according to Momand. With a stern look in his eyes and agitation in his voice, Momand said: “Look, if this place is safe, if Kabul is safe, then why are these same people making these claims hiding behind blast-proof walls that reach the heavens? Why are they hiding in their compounds and driving around in bomb proof cars? If they believe Kabul or Afghanistan to be safe, why don’t they take a five minute walk in streets? If they do this, then maybe we will accept their claims.” 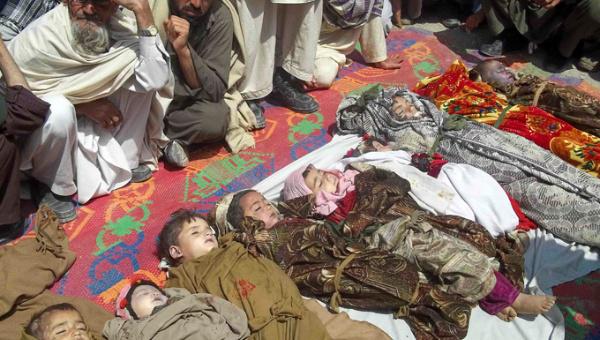 In the same breath as telling Afghans looking to escape what many feel to be an open-air prison, due to restriction on the freedom of movement, U.S. officials in Kabul regularly warn its citizens to leave Afghanistan, even claiming that Islamic State operatives are roaming the streets of Qalai Faetullah, an upscale area of Kabul known for housing NGOs and cafes that cater to what remains of the foreign population.

“No province in Afghanistan should be considered immune from violence and crime, and the strong possibility exists throughout the country for hostile acts, either targeted or random, against U.S. and other foreign nationals at any time. Taliban and other extremist organizations remain active in every province of the country and frequently target both Afghan government and foreign interests.”

The hypocrisy of Western officials has been apparent since the beginning of the United States’ longest running foreign war, but is not exclusive to them.

Just about any Afghan with relative wealth lives a life guarded by armed men and protected by the blast proof walls that obstruct the beautiful views of Kabul’s mountains. Afghanistan’s Vice President General Abdul Rashid Dostum has his own mini army with anti-aircraft weaponry taking up space on the streets of Kabul. Meanwhile, President Ashraf Ghani is busy telling Afghan asylum-seekers that their future lies not in the West, but in Afghanistan. The question should be asked: What if they can’t afford an army?